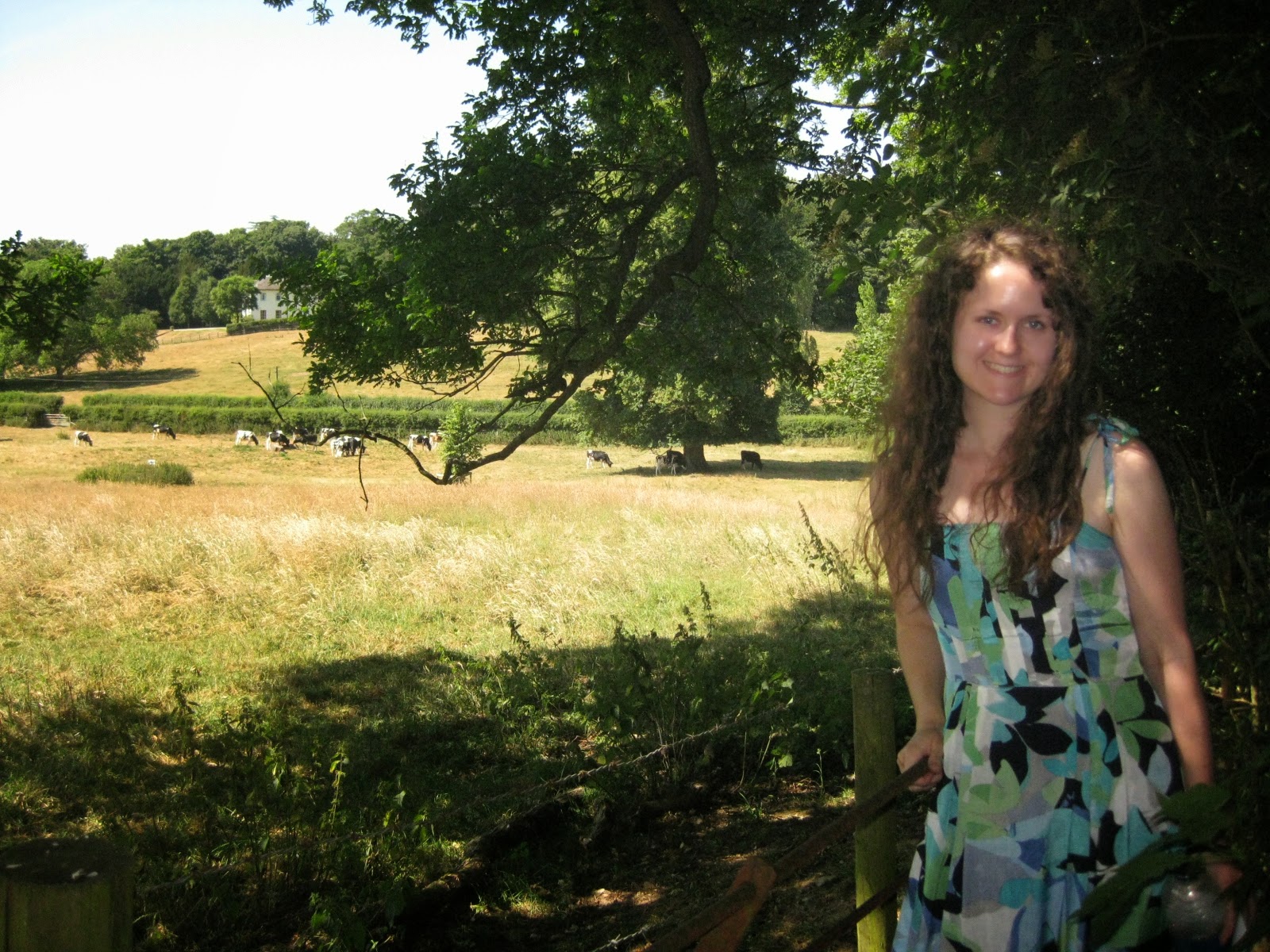 In honor of Jane Austen's 240th birthday, here is a post about the quiet corner of the county of Hampshire where she was born, and how you can find it.

I have long dreamed of visiting the place responsible for the formation of Jane Austen's genius, the home where her talents and deepest loves were nurtured and her intellect began to grow - that elusive, long-demolished home in Steventon. I must repress a sigh every time I think of Jane's beloved home being demolished by her own nephew a mere five years after she died. In 1823 William Knight became rector of Steventon and moved into a newly-built rectory, having the old one pulled down. (Are you trying not to sigh now, too?)

But the rest of the neighborhood hasn't changed! The lanes, hedgerows and meadows still look untouched, and the Steventon church where Mr. Austen preached looks nearly as it must have to Jane and her family. It still feels like you're stepping back in time when you walk down the lanes shaded by old oaks and fluttering birch trees in between peaceful meadows. I've never felt more a part of Jane Austen's world! I almost really expected to see a young Jane and Cassandra walking toward us down the lane. As a Jane Austen fan, I've never been more excited!

Okay, so how does one get there? It is no simple feat without a car. And we almost gave up after arriving in Overton on a bus from Basingstoke, because there are no taxis in Overton. (Overton is the nearest town to Steventon.) However, the #76 or the #86 buses to and from Basingstoke stop at Deane Gate Inn, and from there it is a 1 1/4 mile walk to where the rectory house used to be.

Posted by Lady Anna of Thither at 1:45 PM No comments: 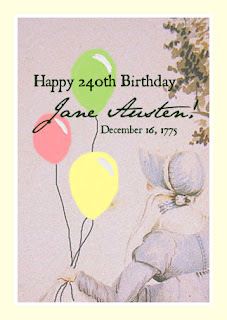 One of my favorite quotes to celebrate Jane Austen is from Rudyard Kipling's short story The Janeites:

Jane lies at Winchester – blessed be her shade!
Praise the Lord for making her, and her for all she made!

The world would indeed be a poorer place without the existence of Jane Austen. She has changed the course of literature and even the world with her gifts and talents – this unknown young woman from a tiny village in the English countryside who loved her work and had faith enough to send it out into the world 200 years ago!

The winter of 1775 was frosty and gloomy, but on the 16th of December the naturalist Gilbert White, who lived in the nearby village of Selbourne, recorded, "Fog, sun, sweet day." Could there have been more perfect perfect weather for the birth of the girl who would grow into one of the most clear-sighted and affectionate people, bringing sunshine into the lives of those who knew her and those millions of people who would fall in love with her stories?

Her father, the Reverend George Austen, wrote in a letter that, "everything was soon happily over" and that she was to be "a present plaything for her sister Cassy and a future companion. She is to be Jenny."

Jane Austen wrote the most brilliant novels in the world, but she did so much more than that. As her father had predicted, she was a companion to her sister, and grew to be a wise and loving woman – which may be why her writing is still so beautifully deep and clear today.

To Jane!
Posted by Lady Anna of Thither at 1:31 PM No comments: